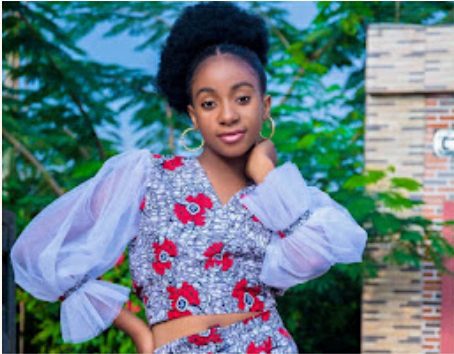 Adaeze Onuigbo: Who Is She?

Adaeze Oby Onuigbo popularly known, as Adaeze Onuigbo is a fast rising Nollywood teenage actress, model, dancer and television personality. She is famous for playing kid roles in different Nollywood movies, and has been rated one of the fastest rising Nollywood child actress.

Beautiful, gifted, skilful, creative and talented in acting and interpretation of movie roles, she knows how to interpret her roles very well and can fit in any character given her by movie directors and producers.

Career, occupation, life history, and stories of A

Adaeze Onuigbo, a young actor and model in Nollywood, began her modeling career as a child model when she was 5 years old. Her mother, Oby Onuigbo, who is also an actress, used to accompany her to filming locations; as a result, she was found and began to be cast as a child actor.

Adaeze movies include, Everything But a Child, Tears Of An Innocent Child, Governor’s Kidnap, Parental Gift, Missing, The Heart That Lies, Crazy Widow, Hunted Pedigrees, Devil’s Harem, The Messanger, Bitterness Of Life, Without A Son, After She Left, Egg Of Love, Sonye and Good Friday, among others.

As young as Adaeze is, she has won some awards during the early stage of her career, one of them was the SRTV Media Award as the Most Famous Kid Actor, in December 2020.

Which state is Adaeze Onuigbo from?

Adaeze is a native of Anambra state, Nigeria.

Date Of Birth and Age

Adaeze Onuigbo was born on September 2, 2008, in Anambra State, which is located in the southeast of Nigeria. Adaeze Onuigbo is Igbo by tribe.

She has become taller recently and is almost at the same height as her, according to actress Chizzy Alichi in a recent Instagram video.

At the time of writing this article, she is currently enrolled in secondary school in class SS 2. Before entering the university, she will soon complete her secondary school education and take the WAEC.

Actress Adaeze and her biological mother, Mrs. Oby Onuigbo, who is also a Nollywood actor, are very much active in the movie industry.

Patrick Onuigbo, a businessman from Anambra State, Nigerian, is her true father. She prefers to post her mother’s images on Instagram rather than those of her father.

Actress Adaeze is not married at this time. She is still a young adolescent girl. As a result, she is not currently engaged.

After working with Adaeze for a while, actress Chizzy Alichi was amused to see her all grown up and joked that she would soon be married.

She’s still without a boyfriend and that’s because she’s is still young.

Adaeze is still residing at her parent’s home and travels in their vehicles.