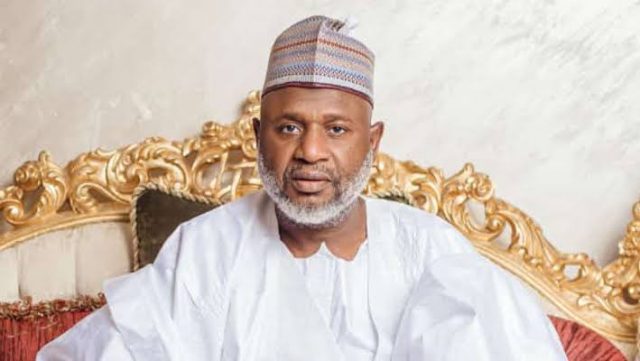 Ahmed Rufai Sani Yerima is a Senator and former Governor of Zamfara State. He was born on July 22, 1960 in Anka Town, Zamfara State.

His first job was while serving in the military, where he was employed by the governor’s office of the Borno State and also taught at the Borno College of Basic Studies in Maiduguri.

He started his career in 1983 as an Economic Planning Officer in the Sokoto Civil Service of the Ministry of Finance. The National Directorate of Employment from 1988 to 1990 and the Central Bank of Nigeria from 1990 to 1993 were among the federal government organizations where he subsequently served.

He rejoined the Sokoto State Civil Service in 1994 and assumed the job of Director of Budget in the Ministry of Finance, which he held until Zamfara State was established in October 1996. After that, he was made Director-General of Lands and Housing, and in the same department, he later rose to the position of Permanent Secretary.

Ahmed Sani retired from the government. to start a political career in September 1998.

In 1999, he ran for and won the position of governor of Zamfara State. On the platform of the Nigeria Peoples Party, he was re-elected in 2003 for a second term that concluded on May 29, 2007. (ANPP).

It is important to remember that Ahmed Rufai Sani Yarima was the first governor in Nigeria to enact Sharia law, which took effect on January 27, 2000, in his state. With the exceptions that apostasy was not made a crime and all punishments were appealable to Nigeria’s Federal Courts, who do not recognize Traditional Hudud Punishments, Zamfara’s law accepted Sharia in its totality. All state residents were, however, impacted by some of the modifications made. Prostitution and the sale and drinking of alcohol were prohibited throughout the entire state.

Zamfara established the Council of Ulama, Hisbah Commission, Zakkat and Endowment Board, Sharia Research and Development Board, and Preaching Commission as sharia implementation bodies.

However, Ahmed Rufai Sani Yerima saw to it that whenever non-Muslims in Zamfara encountered legal issues, they may select civil law as opposed to Sharia law.

ABDUL RUFAI In 2007, Sani Yerima ran for president under the ANPP Platform, however she dropped out of the race at the party’s national convention to support former head of state Muhammadu Buhari.

On the platform of the All Nigeria People’s Party, Ahmed Rufai Sani Yerima ran for and won the position of senator for the Zamfara West constituency in April 2007.

On the ANPP platform, Ahmed Rufai Sani Yerima ran once more for senator for Zamfara West on April 9, 2011, and won.

Sani ran again in 2015, this time under the banner of the All Progressives Congress (APC), and again won, giving him three victories in a row as the senator for Zamfara West.

His net worth is not available at the moment.