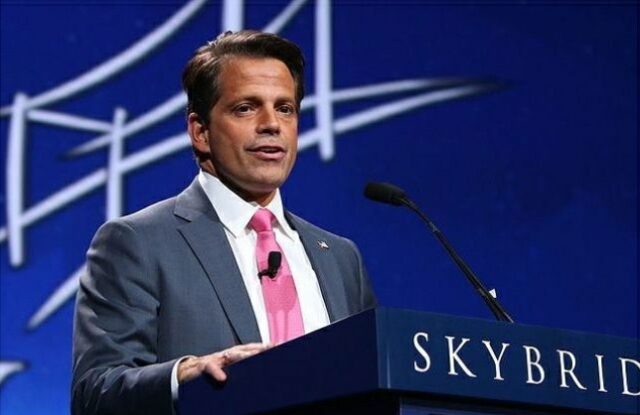 During Donald Trump’s presidency, Anthony “The Mooch” Scaramucci, a financier and television personality, held the position of director of communications for 11 days. He has over 20 years of experience in the financial markets and serves as SkyBridge Capital’s managing partner. Anthony Scaramucci’s net worth was $200 million as of 2022.

Anthony was born on Long Island, New York, on January 6, 1964. He grew up with two siblings named David and Susan and was raised by Italian-American parents Marie and Alexander Scaramucci.

The New Yorker attended Paul D. Schreiber Senior High School in Port Washington for the most of his upbringing.

He presided over the student government at the institution before he graduated in 1982.

ALSO READ: The Baby Toon Net Worth 2022 – What Happened After Shark Tank?

He attended Tuft University to study economics. He studied at Harvard Law School for his doctor of law after receiving his bachelor’s degree. Despite having a law degree, he never actually practiced.

Scaramucci was employed by the world’s largest investment bank, Goldman Sachs, in 1989. He was sacked the next year but was rehired after two months. He received a raise to vice president of the organization’s private asset management division.

His largest endeavor to date. Anthony was selected to host the PBS financial news program Wall Street Week when SkyBridge acquired the rights to it in 2014. He joined Charles Payne and other notables as a contributor to the Fox Business Network that same year.

Anthony’s first political endeavor was raising funds for Barack Obama’s presidential campaign in 2008. He made a comeback in 2016 by joining the Donald Trump campaign, which picked him to serve as a representative on the transition team.

He was appointed senior vice president of the United States Export-Import Bank in 2017. He was selected by Trump to serve as the White House Communications Director later that year.

Anthony has invested a significant amount of money in numerous businesses throughout the course of his career as a prominent investment banker. His most notable investment was a 4% share in the New York Mets baseball team. Steve Cohen paid $2.4 billion to acquire the sports club in 2020.

Additionally, he holds a strong belief in cryptocurrencies like Bitcoin, Ethereum, and Algorand. Many of his clients are now concerned about a major crash due to the recent cryptocurrency volatility and the general slowdown in the economy. He has, however, increased his investment in Bitcoin amid tumultuous times.

Despite the gloom, Scaramucci still thinks Bitcoin will eventually hit $100,000. Although the full scope of Anthony Scaramucci’s holdings hasn’t been made public, it represents a sizable portion of his $200 million fortune.

Anthony and Lisa Miranda were wed in 1988, however their marriage ended after 23 years. He married Deidre Ball for a second time in 2014. Together, they have two children. In 2017, while Ball was carrying their second child, she filed for divorce. Thankfully, they made amends later that year.