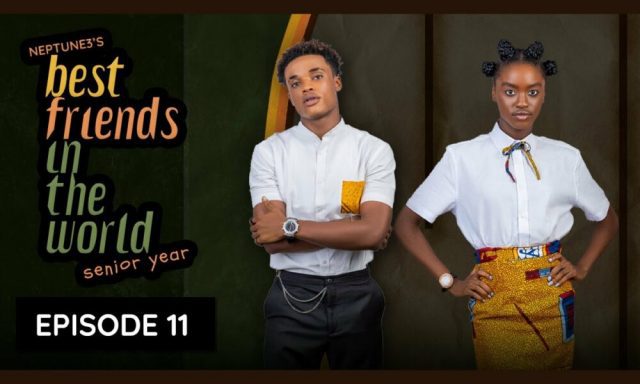 Best Friends in the World is a youth-oriented web series about friendship, growing up, and love. You have probably heard about it, and if not, it is not too late to start.

Watch the 11th episode to “Best Friends In The World: Senior Year” brought to you by Neptune3 Studios.

Best Friends In The World Episode 11 Synopsis: EP 11 “The Second Term” – Adam picks a side. David and The Kings are mobbed by stalker fans. Principal James is suspended.

An inseparable trio discover that their bond is indeed breakable as they juggle personal/career ambitions, family expectations and matters of the heart in their final year of secondary school.Will their friendship survive their senior year? Starring Jeiel Damina, Emmanuel Esiet and many others.

Watch and Download Best Friends In The World Episode 11 here

The movie – Best Friends in the World is a drama play produced by a new media company called Neptune3 Studio whose official platform is on their YouTube channel. The studio is highly esteemed for it’s style of narrating the current generation’s story is remarkable.

The movie is a unique production as it comprise of amazingly talented actors and a well-choreographed narrative. You will be marvelled at the cast’s phenomenal depiction of their characters.

Best Friends in the World series is amongst the best miniseries on YouTube for the young generation and mature people as well.