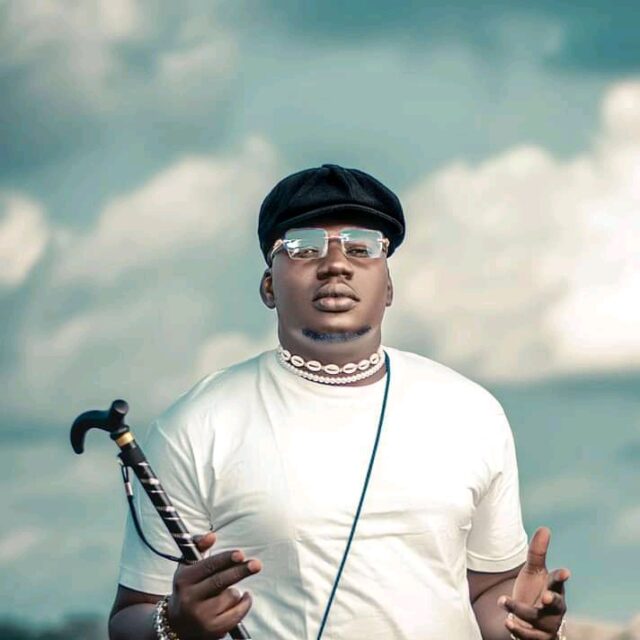 DjCinch Seniorman aka The Hausa Rapper as he is popularly called is one of KD’s best DJ, song writer, singer, producer, and hype man. He is a multi-talented and multi-award winner that’s really making wave the the music industry in the northern part of Nigeria.
He has been doing music right from when he was a kid. He has worked with the best artists in Nigeria and he’s also standing tall by the day. Today, Insidegistblog brings to you the “Biography of DjCinch”
DOWNLOAD HERE

Fumen John Naye aka DJ Cinch hails from Jaba local government area of Kaduna State, Nigeria. He is Jaba by tribe. He was born into the family of Mr John and Mrs Grace on the 29th of July in the Mid-80s. Fumen John Naye has 3 siblings: 2boys and 1girl and he’s the 2nd born. He’s a member of baptist church and started music from his church.

DOWNLOAD HERE
Mr Fumen John did his nursery school at Saint Bath(Zaria), Depot Nursery and Primary (Primary School), Nuhu Bamali Staffs School, Science School Kufena(Zaria) and Technical College Malali. He did his tertiary education at Nuhu Bamali where he read Electric/Electronics Engineering (ND) and then went to KASU, to study English and Drama (graduated with a B.A)

How He Start Music

DjCinch Seniorman Cincho has been into music right from when he was a kid, he would Sing and Mime in the Church. Then he joined the Literally and Debating society while in Secondary school where he represented and won so many awards via dancing competition. He started music professionally after Secondary school. He went into Music production to ease the cost of production in 2011 after he lost his dad and also started Djying after a while, learnt everything on his own.

He doesn’t have an album yet, just singles.

His music career has grown over a decade with lots of joyful achievements. He has shared the stage with some of Nigeria’s biggest and northern Nigeria’s brightest stars ranging from 2Face Idibia, Sean Tizzle, Burna Boy, Terry Tha Rapman, Mi Abaga, Jesse Jagz, Ice Prince, Davido among so many others.

In 2018 he performed at Afropolitan vibes music festival in Lagos Nigeria where he shared the same stage with Bantu and his band, Johnny Drille, Omawumi, and Bright Chimeze.

The year 2017 has been one of his most successful year where he became the most trending artiste in Kaduna and environs following the success of his cover of Olamide’s hit song “Wo” which he titled “Arewa Wo”.
He got six whooping award nominations from two independent award organizers Kaduna Entertainment Awards and Crockcity Awards respectively in Kaduna. He was also tipped as one of the next big thing from northern Nigeria after his exploits at a concert organised by Zanfada in 2017. According to Katung “If concerts like Black is Gold are meant to discover the next voice of Northern rap, then the biggest acts in coming years will be the talented three: Shama, Ibi and Cinch”, as published in the article “Black is Gold concert soothes Kaduna” for Music in Africa.
Dj Cinch sings and raps fluently in both English and Hausa to the delight of his teaming fans and followers. He has equally through his songs and popularized the use of local slangs such as “harkan seniorman”, “chasu zalla”, “Ikon Allah”, “Wanka”, “wotoloi”, “Saminaka” and a few others.His song Saminka became an instant hit and became the fans favourite and also winning him more adult fans due to the rich content of the song. Leveraging on the success of Saminaka, Dj Cinch teamed up with some of the northern Nigeria’s Hip Hop heads to come up with the Sami Naka remix featuring DIA, Nifty Breezy (Boi), Kevin Words and Pherowshuz which is arguably tipped as the bestCollaboration for the year 2018. He eventually emerged winner from two award categories at the 2019 edition of Kaduna Entertainment Awards , clinching the Artiste of the year and song of the year awards respectively amidst stiff competition.

As a multi-talented artist, DjCinch has won himself numerous awards. Some of them are listed below:

DjCinch is happily married to the love of his life, Tamani Zemo, and they’re blessed with a baby boy.