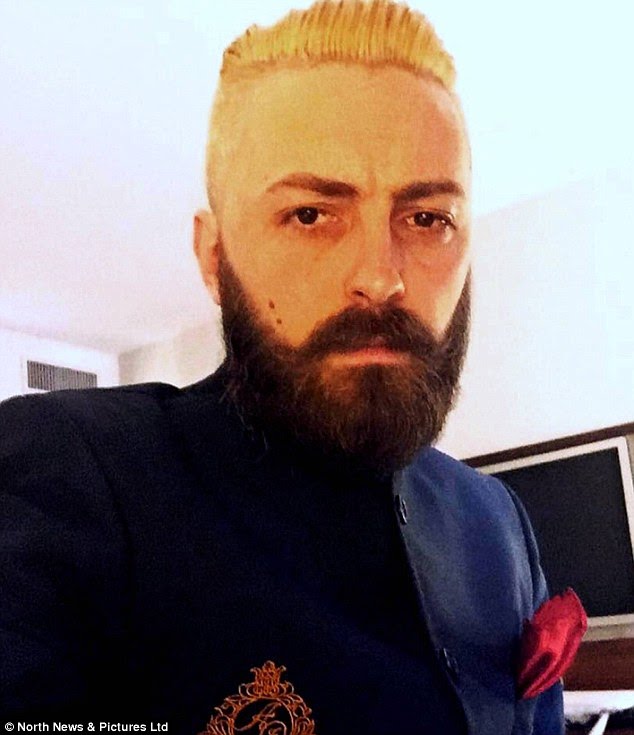 Rikki Doolan is a UK based businessman and preacher. His is a pastor at Spirit Embassy, PA to Prophet Uebert Angel. Rikki is also a musician. Find out more interesting things about him in this article.

Rikki Doolan who was once a lover of the world, is now a believer and a die hard preacher of the good news( Jesus Christ). He is married to his beautiful wife, Nichola. They live is the United kingdom. Read article below as Rikki Doolan shares his life story before and how he came to Christ.

“From the night club to the CrossI was saved by the Lord Jesus Christ in my hometown of Middlesbrough in 2012. From 2007 onwards I would sing in nightclubs, pubs, and even on the streets. Along with that I lived a real rock and roll lifestyle with regular mass sessions of alcohol, and endless cocktails of drugs. My life was in serious danger of spiralling out of control or even ending prematurely.

I was hooked, God’s grace had gotten into me, I received Christ three weeks later, joined the worship team two weeks after that, my life made a 360 turnaround for the better since that day, and I’ve been glorifying Jesus Christ since hallelujah!” One morning after a heavy all night of partying, drugs and booze I walked down a road feeling very worse for wear and stumbled across the most magnificent music coming out of a church building. It was worship music, and it gripped me right there in my steps, there was something in the sound of that music that was far greater than entertainment, far greater than manipulating your senses.

I went into the building that day and found out that that something I was hearing was the worship of the Lord Jesus Christ.

Rikki Doolan is a sensational gospel singer, he has released songs that are a blessing to the body of Christ. He sang the best selling hit single “One touch from the king”

Doolan and wife Nichola were sent to go and buy the car from a Mercedes dealership all the while under the impression that the car was for a company that is owned by the preacher, Prophet Uebert Angel. It was only when they arrived at Prophet Angel’s 14 acre mansion in Lincoln (UK) that they were then told the car is actually theirs. Doolan took to Instagram and wrote;

“We have just been swept up by the hurricane winds and grace of the year of the Record Breaker and this remarkable giving season of prophets @uebertangel and @beverlyuangel! My wife @realnichola and I are so overwhelmed and speechless at this moment. It was just a ordinary day we were having working hard for the Lord as normal and then BAM!“

Prophets Uebert & BeBe Angel from nowhere gave us a astonishing gift of a beautiful and classy white Mercedes Benz C class! What manner of Grace is this! The giving hearts of our prophets, only likened to that of Christ Himself.“ We give our lives, Labour, and passion up to the Lord Jesus for His majesty reigns forever, we do it expecting no reward but that of our life in heaven…. still then … never did we expect such a gift, such a generosity in our lives, and never before have we experienced this.“

Jesus today has used His major prophets to show the world how good He is, how Loving He is, how His heart and spirit of the gift of giving in the way He gave it all for us on the cross: this is a magnificent moment for me and my wife, we will never forget, this shining light in the midst of the worldly madness.“Our prophets are something else… if you don’t agree … then our new car will argue you.

Don’t jealous us just celebrate the glory of God with us! Thank you papa and mum we love you so much 💗,” Doolan wrote on his instagram page. The UK based businessman/preacher has been in a generous mode the whole of 2020 using his Uebert Angel Foundation to help those in need.In January he paid fees for the entire school – for the whole year at Kadyamadare Primary School in the Chikwaka Communal Lands (797 students.)

His foundation followed this up in February when they did the same for 1026 students at Bota Primary School in Masvingo, paying their school fees including levies – for the whole year.At the beginning of April, Prophet Angel pledged US$1 million towards the fight against the coronavirus by aiming to feed vulnerable families during the lockdown. He has so far distributed grocery packs and mealie meal in Chitungwiza, Norton (twice), Harare South and South Africa.

Rikki Doolan hunted an antelope during his Trip to South Africa

Rikki Doolan hunted an antelope during one of his business trip in South Africa. He wrote on Facebook that the animal was ‘beautiful on the BBQ. His message online however triggered angry responses from disgusted people” A British Christian preacher has been slammed for posting a picture on social media showing him holding a rifle and standing over the body of an antelope he shot dead.”

Jake Nimer was quick to condemn the man of God’s actions and wrote: ‘Hope God forgives you for taking another life… I won’t be.’

Joanne Serginson added: ‘I’m no follower of God but it took me all of two seconds to find this, Proverbs 12:10 Verse Concepts “A righteous man has regard for the life of his animal, But even the compassion of the wicked is cruel”.’

But Mr Doolan, who lives in Newark-on-Trent, Nottinghamshire, but is originally from Middlesbrough, North Yorkshire, fired back. The self-proclaimed ‘young adult pastor’ for Spirit Embassy: The Good News Church, stood by his decision and when asked what he ate with it, he replied: ‘Rice n chicken wings mate ;)’ He also wrote: ‘Genesis 9:3 – every moving thing that lives shall be food for you, and just as I’ve given you green plants I’ve given you everything.’

Back in Boro a lot of people go fishing and the first thing they do is pose with their catch – the only difference with this is mine was bigger.’

A user called Brilliant Pongo said: ‘This is Africa that’s just how we do fast food (we shoot it and eat it).’

Christopher-Lee Martins added: ‘These people must all eat rabbit food or be so holy that they just don’t eat anything of the earth.’Your meat, your fish, your chicken is ALL killed one way or another, gutted, cleaned and then put on braai and eaten!’Here in my country we hunt our meat and then eat it.

Proud of your first hunt Rikki Doolan and a true man of God too! Glad to have you as real family.’Other Facebook users criticised his decision to post the ‘horrendous’ picture online.