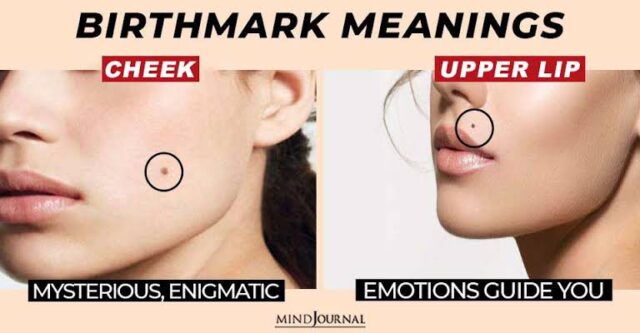 Many people have birthmarks on different parts of their body— legs, arms, face, back, you name it. And oftentimes it is believed to be a mark of reincarnation. Could this be true? This article will answer your question(s) and clear your doubt.

Birthmarks are a common phenomenon during and after birth. They differ from one person to another in terms of size, shape, and even colour. Some birthmarks are inherited while others just appear at birth. If you have a birthmark, you’d have wondered why something like that is on your body. Worry no more. You’ll find the answers you need here.

What Do Birthmarks Mean

From a medical and modern perspective, birthmarks develop as a result of the formation of some skin pigments that do not make it to the surface of the skin but arr lodged in the deeper layers of the skin. Birthmarks can also be formed as a result of faulty blood vessels under the skin.

Traditional knowledge about birthmarks has unfailingly been passed from one generation to the next. According to various superstitious beliefs, birthmarks can be a sign of good or bad luck or a mark of the devil. Here are some of these beliefs that cut across most cultures.

There are three main subdivisions of how the meanings of birthmarks are gotten:

The shape of a birthmark also contributes to its meaning. For example, a round mole means goodness. An oblong mole signifies wealth while an angular mole means that the person suffers from double personality traits at the same time.

Bear in mind that these meanings cannot be enforced on anyone. It is all dependent on our cultural experiences and beliefs.

A heart-shaped birthmark mean that the bearer will have a life full of love. By extension, he or she will fall in love with their soul mate.

Years ago, birthmarks were believed to be the devil’s signature on a person. They were also believed to indicate seclusion.
Birthmarks on the face are believed to be angel’s kisses. For Mongolian birthmarks, there are communities that believe birthmarks are results of spiritual beating to eject a baby from their mother’s womb.

Most of the meanings discussed are only superstitious. Their authenticity is yet to be proven.

What does Odogwu bitters do?

Health risk of sleeping with your phone in bed

How far away should your cell phone be when you sleep?

Dangers Of Eating Snake Meat And Why You Should Avoid It