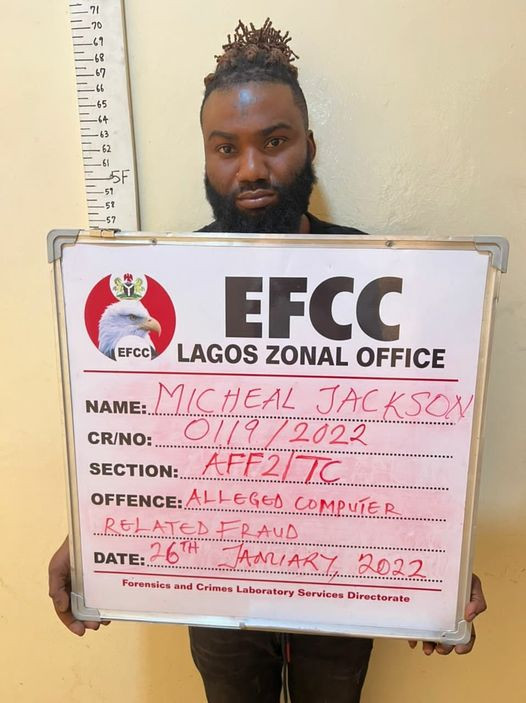 A Federal High Court in Lagos, has sent one Michael Jackson to three months in prison for internet [email protected] According to EFCC, Jackson was arrested on Tuesday, January 25, 2022, and posed as Ella Ellywood, a transgender woman, to scam innocent victims of millions of Naira.

“The suspect, who also claimed to be a Disc Jockey, had in his possession fetish items, which he claimed was “for grace and success,” the commission had said in a statement.

Justice Ringim sentenced the Michael to 3 months imprisonment on March 21, 2022 who was arraigned on a one-count charge bordering on impersonation contrary to and punishable under Section 22(2)(b) Of the Cybercrime (Prohibition, Prevention, ETC) Act 2015. He pleaded guilty to the offence.