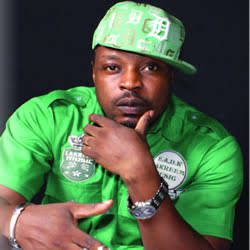 Eedris Turayo Abdulkareem Ajenifuja was born on December 24, 1974 and is popularly known as Eedris Abdulkareem. He is a Nigerian hip hop, R n B and Afrobeat artist, songwriter and singer.

He was the lead rapper of the defunct Nigerian hip hop boy band The Remedies.

Eedris Turayo Abdulkareem Ajenifuja was born into a polygamous family in Kano, Nigeria; however, he chose to call Kano State his home state. His mother was from Ogun State and his father was from Ilesha, both in the South Western region of Nigeria.

As time passed, he lost eight of his older siblings and his father when he was only two years old.

The hip-hop group The Remedies was founded by Abdulkareem, who also played with them from 1997 until their dissolution in 2002. He carried on as a solo performer and issued P.A.S.S. (“Pains And Stress = Success”), his debut solo album, in 2002.

Tony Tetuila, Plantashun Boiz, and Double X Posse were attacked for their incompetence and troubleshooting antics in one of the songs from the album named “Wackawickee MC’s.” He released an album called Mr. Lecturer later that year.

In addition to criticising lecturers who engage in these behaviours, the album’s title track criticised students in Nigerian colleges and universities who receive better scores in exchange for cash and sex.

Abdulkareem decried Nigeria’s hardship and corruption in his third album, Jaga Jaga, which is Yoruba meaning “shambles,” which was released in 2004.

President Olusegun Obasanjo prohibited the title track from radio play, but it was still performed in nightclubs and other public places across the nation and eventually developed into a type of clandestine national anthem for Nigeria.

Abdulkareem released his fourth studio album, “Letter to Mr. President,” in November 2005 on his own record company, Lakreem Entertainment.

The album also featured “Flash Up Unu Lighter,” a tribute to Obasanjo’s wife Stella, who passed away while undergoing surgery in Spain, as well as the victims of the Bellview Airlines crash in October 2005. The album’s title track addressed Obasanjo’s criticisms of “Jaga Jaga.”

Eedris detailed his travels while being blacklisted by Obasanjo’s administration, business associates, and concert organizers in “Koleyewon” and other songs on the 2007 album The King is Back.

In 2010, he released Unfinished Business as a follow-up.

In January 2012, amid the Occupy Nigeria demonstration over the removal of gasoline subsidies, he released a follow-up to “Jaga Jaga.”

He has also contributed to songs by other artists, including as Klever J’s “Igborotidaru” Oba Mmega and Cecil’s “I am Afrika,” as well as “Bad Guy Baller” with Mode 9 and VTEK.

Abdulkareem, a well-known social crusader and rights activist in Nigeria, released his sixth studio album, Nothing but the Truth, in 2020. Abdulkareem is well-known for using his music to make his voice heard clearly.

With a plethora of top Nigerian music acts including Dede Mabiaku, Sound Sultan, Ruggedman, Olamide, Myke Pam, Adex Artquake and Jazzman Olofin, the album Nothing but the Truth can be described[by whom?] as a collector’s item, with one of the hit tracks “Country Hard” triggering a nationwide social media challenge frenzy on Twitter, Instagram and Facebook.

He released a number of tracks that addressed various current concerns in Nigerian political and social life between the publication of his previous studio album Nothing but the Truth in 2020 and that time.

Femi Kuti, Fatai Rolling Dollars, Vector, DJ Jimmy Jatt, and Konga were among the musicians he included in the song “Tribute to Fela,” as well as “Wonkere,” “Shekere,” “Onile,” and “Trouble Dey Sleep.”

A recent viral radio interview by American recording artist Young Buck, a former member of G-Unit, about what happened between Abdulkareem and 50 Cent and his crew while they were in Nigeria for a four-city concert dubbed Star Mega Jams brought new attention to him, who was previously viewed by the establishment as controversial.

At the aforementioned event in 2004, his reluctance to kowtow and keep quiet contributed to the revolution that improved the financial situation of the nation’s music business and its practitioners.

He released a number of songs in the first quarter of 2021, including the eagerly anticipated “Jaga Jaga Reloaded” with Raw Nwanne and Madarocker. The music videos were created by Frizzle and Brizzle.

In reaction to a federal minister’s rage about his name being added to the list of the dishonourable cabal stifling Nigeria’s growth in the song “Jaga Jaga Reloaded,” he released the hit single “Oti Get E,” which was well received by the public.

Both of these singles trended on the social media for weeks and form part of the topical issues in many quarters.

Eedris Abdulkareem is married to Yetunde and they are blessed with children.

Eedris Abdulkareem has an estimated net worth of $1 million.