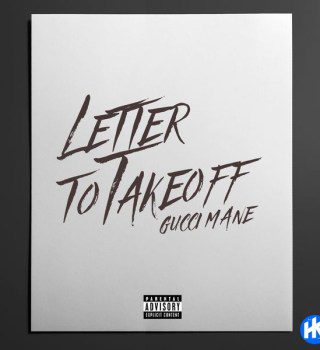 ‘We Miss You Already’ says the emotional song which also shouts out other young rappers lost to gun violence, including PnB Rock and Young Dolph.

Gucci Mane remembers his late friend Takeoff with this emotional new tribute song. The “Both” rapper, 42, shared the song “Letter to Takeoff” on Tuesday, two weeks after the Migos rapper, 28, was shot and killed outside a Houston bowling alley on Nov. 1.

Both hip-hop musicians were longtime friends and collaborators, and Gucci Mane appeared on the recent single “Us vs. Them” with Takeoff and Quavo, Takeoff’s uncle and Migos bandmate. Gucci Mane in the song lamented his loss while also remembering the many other young rappers who have been lost to gun violence, like PnB Rock and XXXTentacion.”

Just left another funeral, I shed a tear/I’m still in disbelief, I can’t believe it’s real,” he raps. “How the f— we gon’ lose Takeoff? Damn, he didn’t deserve it/We don’t supposed to question God, but damn, Takeoff was perfect.”

In the lyrics, Gucci Mane says he’s been through all of the different stages of grief since losing Takeoff, and also gives shoutouts to PnB Rock, 30, who was shot and killed in Los Angeles in September, XXXTentacion, 20, who was fatally shot in Florida in 2018, and Young Dolph, 36, who was gunned down in Memphis last year. Shawty Lo, who died in a car accident in 2016, also gets a shoutout.

Elsewhere in the track, Gucci Mane offers a shoulder to lean on to Quavo, who was present at the time of his death. The rapper also references the emotional refuge he’s taken in “pints of lean,” but says the drug left him hospitalized.

Gucci (real name Radric Davis) references Takeoff’s Nov. 11 funeral, which took place at State Farm Arena in Atlanta, and says he considered him a “little brother.” He also recalls the last words Takeoff ever said to him, which were “I love you.”

The song concludes with a moving spoken outro: “Long live The Rocket. We love you, Takeoff. We miss you already. We never gon’ forget you… Takeoff, you will forever be in my heart. It’s been over 10 years since I met you at my studio. I knew immediately you would be a star.

You left behind some amazin’ memories that will last forever. There’s not a day that goes by that I don’t think about you. We talk about you still and you will never be forgotten. Love, Gucci.”Gucci Mane also released an accompanying music video shot at a cemetery, which features old photos and videos of Takeoff and other rappers lost to gun violence.

Takeoff, real name Kirsnick Khari Ball, was shot earlier this month outside the front door of a Houston bowling alley after a private party following an altercation.