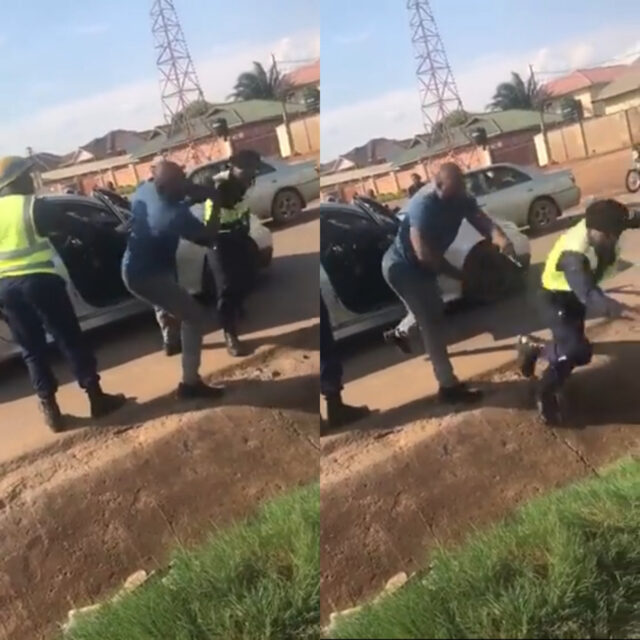 A motorist was filmed beating uniformed men who stopped him on the road and tried to force him out of his car. In the viral video shared online, three uniformed men are seen holding open the man’s car door.

The angry man then came out of his car, attacks the officers and pushed two of them at once.

When one of the officers placed his hand on him, he grabbed the officer and threw him into a dry gutter. The incident reportedly happened in Ghana.

Hushpuppi release date: Has Hushpuppi been released from jail?