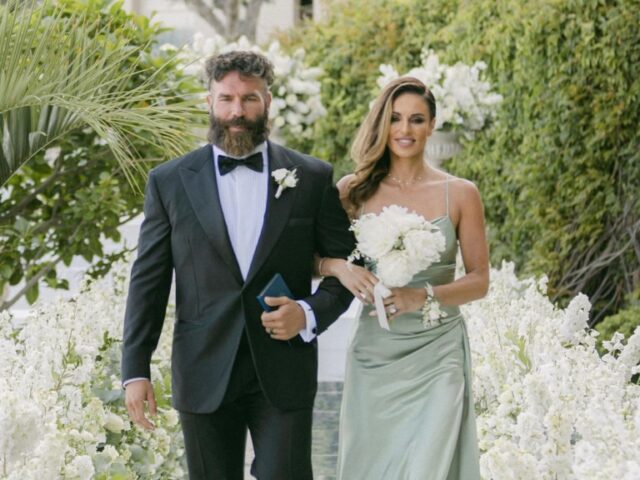 Dan Bilzerian, an American Armenian billionaire and a professional poker player took social media by storm with his marriage post. The Billionaire took to his Instagram to post a photo with a ‘mysterious girl’ walking down the aisle. Blizerian is one of the most followed globally on social media and is known for living a wealthy life.

His marriage became the talk of social media post he uploaded a photo on his social media walking down the aisle with a beautiful lady. Sharing the photo of himself holding the arm of a mystery lady, he wrote, ” ‘I finally did it”. Fans are guessing that he may be truly married.

In the marriage picture, he can be seen wearing a black tuxedo and holding the arm of his alleged wife. Immediately the picture went viral on Instagram, many thought who was the woman who got a relationship commitment from the poker player.

While others are still in shock of the event, some are of the opinion that the photo was a publicity stunt.

Needless to say, the internet is clearly divided on whether the Dan Bilzerian wedding rumours are true and if the playboy really has left his old life behind.

From our perspective, it seems highly unlikely that the Ignite entrepreneur is willing to give up what has for so long been his identity. Marriage just seems out of the question for Dan Bilzerian, but then again, maybe a leopard can change his stripes? Don’t bank on it though.

The professional poker player reportedly tied the knot with Hailey Grice on July 24 at a private French wedding. Although not many facts are available regarding Dan Bilzerian’s alleged wife Hailey Grice, who lives a confidential life even though have a tag of social media influencer.

The rumoured wife was dressed up in a green gown with a bouquet of flowers in her hands. Dan was in a black tux, holding the hands of his lady love. The picture has created much speculation about the woman. Some fans called it a fake wedding, while others were left confused about the identity of the woman. Some also wrote that it was simply a prank.

How did Dan Bilzerian become rich?