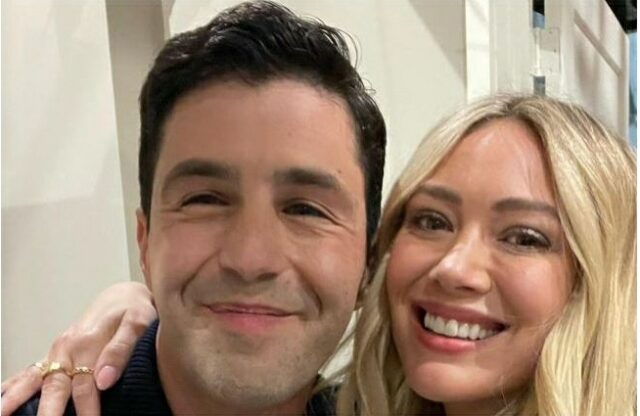 Josh Peck is best known for his role as the humorous Josh Nichols in the teen comedy Drake & Josh. Before this, he was a young actor who rose to fame after appearing in “The Amanda Show,” a live sketch comedy series. He continued acting as an adult and launched a YouTube channel for lifestyle videos. Josh Peck’s net worth was $6 million as of 2022.

Joshua Michael Peck was born on November 10, 1986 in Manhattan’s Hell’s Kitchen. His single mother Barbara, who also served as a career coach, raised him. Sadly, he’s never had a chance to meet his biological father.

Due to his asthma, he spent a large portion of his childhood indoors watching vintage comedies. At the age of eight, this motivated him to pursue a career as a stand-up comedian.

He enrolled at The Professional Performing Arts School to hone his abilities. After that, he attended the TADA! Youth Theater and performed a stand-up comedy set at Carolines on Broadway for the Audrey Hepburn Foundation.

When Peck was 10 years old, he made his television debut on The Rosie O’Donnell Show in 1996. On Snow Day, four years later, he made his debut in a motion picture. He was hired by Nickelodeon for The Amanda Show about this period.

He then relocated to Los Angeles, California, where he met Drake Bell, another young actor. The two received their own show, “Drake & Josh,” in 2002.

Josh appeared as a guest star in a number of animated films, such as What’s New, Scooby-Doo?, and Ice Age after it became a success. Sadly, it was discovered that the two main performers were no longer pals a long time after Drake & Josh’s production came to an end in 2007. Given how great their relationship was on-screen, this is unexpected.

Josh Peck continued to act in films including The Wackness, Drillbit Taylor, Safety Glass, and American Primitive in 2008. He occasionally appeared in appearances on Nickelodeon.

As Casey Jones’ voice on the Teenage Mutant Ninja Turtles television series, he received a permanent position on the kids’ network in 2013. Additionally, he appeared in several Vlog Squad videos by David Dobrik.

He was motivated by this in 2017 to launch his own YouTube channel. He became well-known for his music-themed vlogs. He currently has 3.6 million or more subscribers.

Peck wrote a book titled “Happy People Are Annoying” and it was published in 2022. He disclosed that he received $15,000 per episode for his time on Drake & Josh in the book. Over the four seasons of the show, that amounts to nearly $900,000.

Josh shed almost 100 pounds using simple bodyweight exercises when he was a youngster who weighed over 300 pounds. He married Paige O’Brien, his lifelong love, in 2017. Max Milo, a child, is currently being raised by them in Beverly Hills, California.