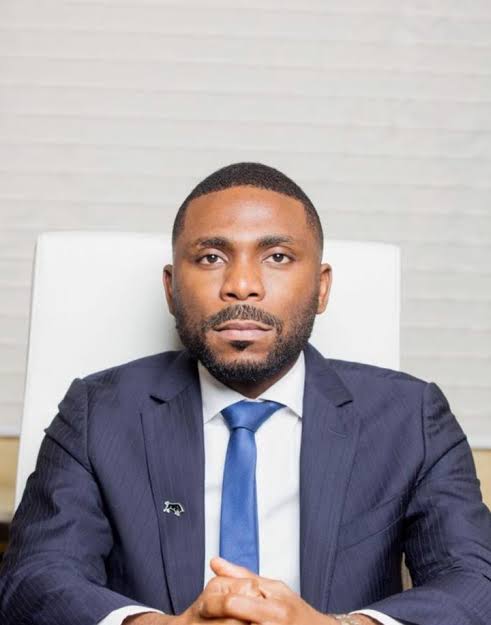 South-South Nigeria’s Benin-City, the state capital of Edo, is where Chidi Ajaere was born. blessed with four children and married to Chantelle Ajaere. His late parents, Mr. Edwin and Stella Agera, were hardworking businesspeople who built their transportation company from scratch in 1998 to offer bus services throughout Nigerian cities. Chidi was exposed to the family company at a young age while growing up.

Prior to attending Covenant University Ota in Ogun State for his further education, he attended elementary school in Benin, Edo State. Chidi continued his education at Griffith University in Australia and Niagara College in Canada. Sadly, Edwin Ajaere was abducted in 2009 and slain afterward. After his late father Edwin Ajaera passed away, Chidi Ajaera returned to Nigeria and took over the management of the company.

Chidi spearheaded a rebranding initiative and immediately set out to fully revamp the organization from the offline, traditional method in which it was run. The company’s typeface and logo were updated, the workforce was retrained, GIGM-branded uniforms were introduced, and the entire fleet was air-conditioned.

Bus loading procedures and operating dynamics were rudimentary before that. Everything else was informal and ineffective, in part due to Nigeria’s uncontrolled road transport sector.

He made a big investment in hiring more qualified personnel. Weekly soft skills trainings for its drivers (or “captains,” as GIGM likes to call them) started, internal discipline was prioritized, measures to minimize “overloading” were implemented, and the organization’s safety regulations were revised.

Between 2014 and 2016, GIGM created GIG Mobility, an internal end-to-end transport management solution, to manage virtually every part of the business, including tracking, emergency response, financing, and operations. The company had to develop its system internally since, according to GM Vuakpor Muoghere, nothing that could meet GIGM’s idiosyncrasies off the shelf could be found by the company. They were the first road transportation firm in Nigeria to do so in 2016 when they released the initial edition of their booking app.

2012 – Awarded “Most Outstanding and Fastest Growing Motor Company” for the year 2011 by the Nigerian Union of Journalists (NUJ); GIG Logistics is spun out as a separate business.

2017 – Booking app is redesigned and relaunched.

Although GIGM may not have the most cutting-edge technological systems, its utilization of technology throughout its activities much outpaces that of its rivals. Only GIG Mobility, the transport management system that GIGM uses to handle many elements of its operations, was discussed in this profile. It wasn’t visible to us, and we had no contact with it.

However, GIGM is renowned among frequent travelers for maintaining schedule 80% of the time or better. According to Muoghere, the fleet can be tracked by GIG Mobility, which enables them to look into unexpected delays and take appropriate action. This reduces travel times and boosts the fleet’s overall efficiency.

The GIG Group, which includes an oil and gas company, an energy company, a short-distance bus service, a media company, and a logistics firm, includes GIGM as a subsidiary. The group’s largest business, transportation, was diversified, thanks in large part to the current chairman Chidi Ajaere.

Over 130,000 iOS and Android users have downloaded its mobile booking app, and a short search of the Google Play Store reveals that it receives frequent upgrades. Comparatively speaking, less than 4,000 people have downloaded the total mobile apps for ABC, Chisco, and Peace Mass Transit, competitors. The iOS version of ABC’s app was last updated a year ago.

Additionally, GIGM terminals are outfitted with technology that enables it to provide consumers with a quicker, more efficient check-in process. When a customer arrives at the GIGM terminal check-in counter, they can use the online booking section, provide the agent with a reference number, print their ticket and receive a confirmation of their information, and then proceed to board their bus. Comparatively, its rivals’ terminals continue to run primarily on manual procedures.

A user could, at most, purchase a ticket using a PoS. Only a few terminals currently allow web bookings, and even then, the availability is frequently hit or miss.

A sector that is largely unregulated

Due to the lack of regulation in the Nigerian transportation sector, GIGM is the target of a barrage of levies. Muoghere claims that municipal governments frequently issue “demand notices” for items that appear unimportant, such as sanitation, signboards, exterior TV screens, and so on. Additionally, there are unofficial cabals that demand unofficial taxes from GIGM in order to operate in specific areas or along specific routes.

These cabals are also able to maintain control since there are no rules or procedures defining how a transportation company should or should operate, as well as no restrictions on its capacity to carry people and products across the nation.

Without consulting any official body or agency, anyone with enough cash can just buy two buses, slap some branding on them, select a pickup location/terminal, and “launch” a road transport company. Muoghere added that when it runs pickup sites, GIGM must obtain operational permissions from the local governments.

It has ten pickup locations in Lagos, which equals ten operating license fees. It has 31 terminal locations around Nigeria, and while the costs differ from state to state, paying several fees every place adds up to an absurd sum of money.

Although these things can occur in a variety of ways, we can instruct our captains on what to do in a limited number of situations. We cannot solve that problem ourselves, but we must nonetheless deal with it, and doing so is difficult. — VuakporMuoghere, GM, GIGM.

One of GIGM’s main issues is insecurity. One of its buses recently took part in a kidnapping incident. Although the corporation provides its drivers with safety training in case of these kinds of situations, it is far from sufficient. In order to assist it in responding as promptly as possible to potential emergencies, it does track vehicle positions, unlawful routes, unplanned stops, and other information in real time.

In order to make sure that its fleet of cars complies with the company’s standards, it also has a team that is responsible for inspecting them at several stops along the route. This unit is located in a strategic location along a number of roads to offer emergency assistance as well.

The poor condition of Nigeria’s roads is another issue. They are so severe that Nigeria has one of the highest rates of fatal road accidents worldwide, with several hundred people dying each year. The poor condition of the roads accelerates vehicle wear, raising maintenance expenses, decreasing fleet productivity, and raising operational costs, according to Muoghere.

According to a 2012 National Planning Commission estimate, 87% of local government roads (or the bulk of the nation’s roads since most roads are LG roads) are in bad condition, along with 78% of state government roads and 40% of federal roads. These figures exclude trunk highways and roads in need of maintenance.

GIGM By The Digits

13 – The number of states in Nigeria GIGM operates in

130,000 – The number of times GIGM’s booking app has been downloaded

Through tragedy and an extremely difficult business environment, GIGM has managed to remain bullish on its mission to become Nigeria’s foremost road transport company by investing heavily in technology as a tool through which it can redefine the transport experience for its customers. It is this approach to business and a willingness to rely on, and invest heavily, in technology that has made it Nigeria’s most technologically advanced road transport company.