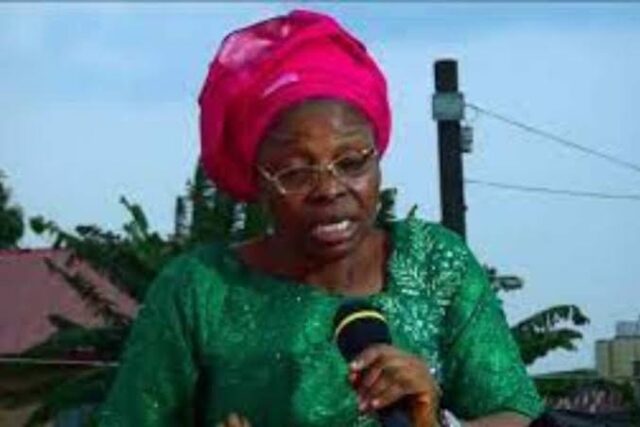 Wonders will continually be the order of the day so long as mummy GO is involved. Watch moment as mommy GO wowed her congregation with her surprising Twerking dance skills.

The evangelist tried to twerk like a young girl in her church service and this triggered a wild reaction from the congregation. In the video posted above, reggae music was being played during service and this placed Mummy GO in a dancing mood.

She made some moves, shaking her body to the rhythm of the music which came as an amazing surprise to many. After the female preacher showed off her dance moves, members of her church went haywire and screamed in excitement while hugging her.

Who is mummy GO?

Evangelist Funmilayo Adebayo popularly known as Mummy GO is a very controversial female minister of the gospel from Nigeria. She is the pastor of in Lagos, Nigeria. Mummy GO has successfully gotten the attention of the public as a result of her numerous controversial prophecies supposedly revealed to her by God.

She has also revealed a powerful revelation of how she was originally born as a man in Egypt. She said in the afterlife, she was trained and was sent for ‘I.T’ (Industrial training) before she was sent to Nigeria and was re-born as a woman. Her story of her past life went viral and that made many people to stop putting on trousers, earrings, palming of hair, jewelries, etc. So dear listeners, the gist about mummy GO is plenty. Keep reading to find out more. Continue reading…