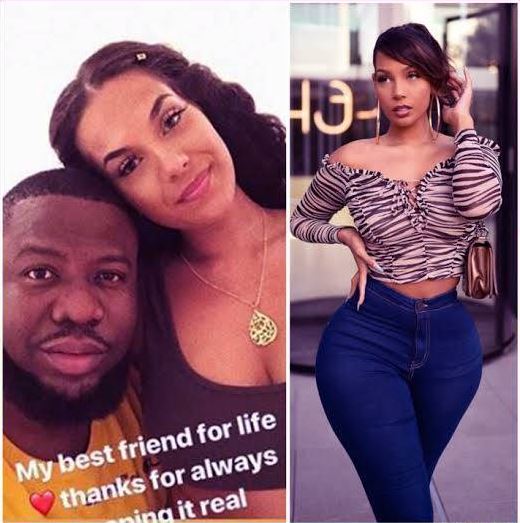 Check Out released photos Of Hushpuppi Wife, Shawana Nakesia Chapman and their 3 Kids.

Instagram celebrity, Raymond Abbas Igbalode also known as Hushpuppi shook social media – making fans go Gaga after his criminal life was exposed and was arrested by the FBI and extradited to the USA.

This exclusive article contains Pictures Of Hushpuppi’s Wife and 3 kids. According to a report of BBC, Hushpuppi revealed as part of the process in his trial in the United States that he has three kids from three different women. He explained that two of the children live in London and the third lives in New York City.

He was engaged in a 2018 interview where he said that “Anything you love or want to last, keep it a mystery from the people. What they don’t know they can’t ruin. I don’t post my family to entertain total strangers on the internet,”