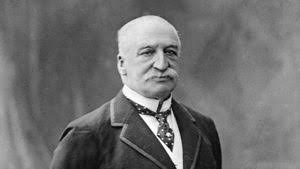 Rothschild family, the most famous of all European banking dynasties, which for some 200 years exerted great influence on the economic and, indirectly, the political history of Europe.

Starting out in a Frankfurt banking house, Mayer and his sons became international bankers, establishing branches in London, Paris, Vienna, and Naples by the 1820s. In addition to banking and finance, the Rothschild businesses have encompassed mining, energy, real estate, and winemaking.

From the early 19th century the family has been known for its considerable charitable activities, particularly in the arts and education.

Mayer’s family name derived from the red (rot) shield on the house in the ghetto in which his ancestors had once lived. Intended for the rabbinate, Mayer studied briefly, but his parents’ early death forced him into an apprenticeship in a banking house.

Soon after becoming court factor to William IX, landgrave of Hesse-Kassel, Mayer set the pattern that his family was to follow so successfully—to do business with reigning houses by preference and to father as many sons as possible who could take care of the family’s many business affairs abroad.

Starting as dealers in luxury items and traders in coins and commercial papers, Mayer and his sons eventually became bankers to whom the French Revolutionary and Napoleonic wars of 1792–1815 came as a piece of great good fortune.

Mayer and his eldest son, Amschel, supervised the growing business from Frankfurt, while Nathan established a branch in London in 1804, Jakob settled in Paris in 1811, and Salomon and Karl opened offices in Vienna and Naples, respectively, in the 1820s.

The wars, for the Rothschilds, meant loans to warring princes; smuggling as well as legal trading in key products such as wheat, cotton, colonial produce, and arms; and the transfer of international payments between the British Isles and the Continent that Napoleon vainly attempted to close to British trade.

Peace transformed the growing Rothschild business: the banking group continued its international business dealings but became more and more an agent in government securities (Prussian or English, French or Neapolitan), in insurance-company stocks, and in shares of industrial companies.

Thus, the family successfully adapted to the Industrial Revolution and participated in economic growth throughout Europe with their railway, coal, ironworking, and metallurgical investments. The banking group continued to expand after the 1850s and, in particular, achieved an important position in the world trade of oil and nonferrous metals.

But its previous oligopolistic position was seriously threatened by new joint-stock banks and commercial, or deposit, banks both in England and in France as well as in the German states. By the last quarter of the 19th century, the Rothschild group was no longer the first banking consortium. Other groups, in Europe and in the United States, had become stronger, richer, and more enterprising.

Yet, the two guidelines laid down by Mayer Amschel for the Rothschild business operations (which, indeed, became a family tradition)—to conduct all transactions jointly and never to aim for excessive profits—helped to compensate to a notable extent for the inevitable risks inherent in handing down a business to future generations not all of whose members are qualified to run it.

Amschel, Nathan, Jakob, Salomon, and Karl—the founders of the Rothschild consortium—were themselves unequally endowed: Nathan and Jakob stood out among their brothers by the force of their personalities—particularly Nathan, who was hard, deliberately boorish, and sarcastic. Jakob, who was his brother’s equal in all these things, possessed an alleviating air of some refinement as a result of living in the more-polished atmosphere of Paris.

The five founders in turn had unequal successors. For example, if Alphonse in Paris (1827–1905) was a worthy successor to his father, Jakob, his own son, Édouard (1868–1949), was not as strong a figure as his position required. But Édouard’s son (Guy [1909–2007]) and his cousins (Alain [1910–82] and Elie [1917–2007]) showed exceptional adaptability and ambition, thus confirming the constant element in the group’s history for a century and a half: a remarkable capacity for seizing opportunities and for adapting in business as well as in politics. Successive generations of the Rothschild family have been similarly active in international finance and politics.

In separating the circumstantial from the personal and individual aspects of the dynasty’s hegemony during the 19th century, one must note that, although the first group of Rothschilds arrived as strangers in their new countries, unfamiliar with the languages and the customs and subject to the jealousy and competition of local bankers, they stood out from those around them by their fierce will to acquire a place in the sun.

By the second generation, when the sons of the five founding brothers (notable among them were Anthony and Lionel Nathan in London and Alphonse and Gustave in Paris) entered the business, the Rothschilds were polished and refined, as well as naturalized and nationalized to the point of blending into leadership positions without losing any of their family attributes. It is possible that the young Rothschilds’ education and the extremely worldly existence of the heads of the various houses helped to create this true mutation.

On the other hand, the Rothschilds were influencing the national economy and politics of their countries as greatly as they were being influenced themselves. Alphonse, for example, as the head of the international banking syndicate that in 1871 and 1872 placed the two great French loans known as liberation loans after France’s defeat by Prussia, could boast without immodesty that his influence had maintained the chief of the French government, Adolphe Thiers, in power.

At the same time, in 1875, Lionel, in London (where he had been a member of the House of Commons since 1858), was able to give on a few hours notice the £4 million that allowed the British government to become the principal stockholder in the Suez Canal Company. Obviously, the two cousins had become important citizens in their respective countries.