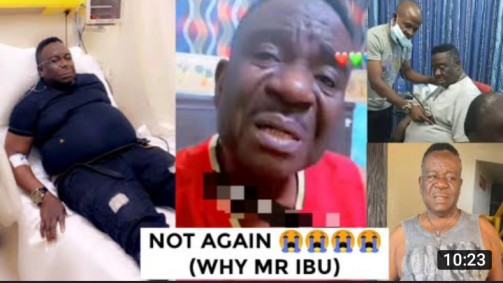 Veteran Nollywood comic actor, Mr Ibu’s daughter has revealed the thespian is ill and urged his fans to say a prayer for him. In the video she shared on TikTok, the comic actor, who looks like he has lost weight as a result of the illness, begs his daughter to take his medicine on his behalf.

Sharing the video, Mr Ibu’s daughter captioned it, “Y ‘all he’s not a drug person, say a prayer for him to get better. Send him love dad needs it”..