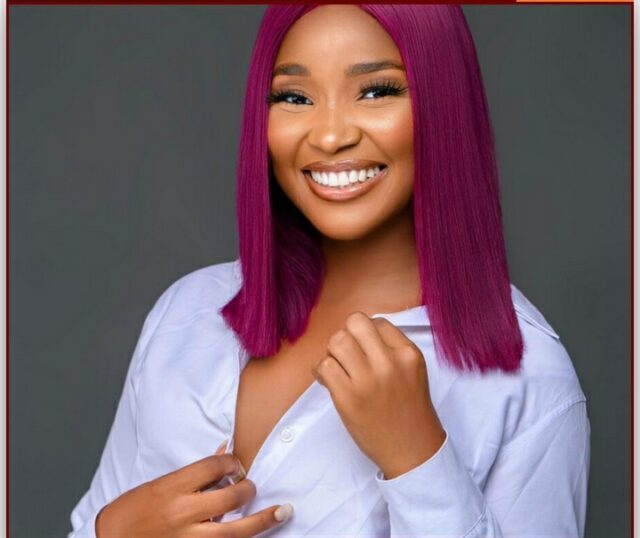 Sandra Ese Okunzuwa is a Nollywood actress, entrepreneur, lawyer, and philanthropist who is well-known for her remarkable screen performances.

She was born on February 25, 1996, into the Okunzuwa family in Edo State, Nigeria.

In the state of Edo, Sandra Okunzuwa received her primary schooling. Additionally, she studied at the Federal Government Girls College (FGGC) in Benin, Nigeria’s Edo State.

She was admitted to the University of Benin in Nigeria’s Edo State after completing secondary school, where she pursued a bachelor’s degree and earned a bachelor of law (LLB) in 2015.

Sandra has been a fan of entertainment since she was in elementary school.

She entered the Nollywood profession in 2018 after appearing in the film “Blind Spot,” which was written and directed by Igunwe Alfred Otamuyiwa and in which she played the youthful “Ekemini.” She gained notoriety thanks to her role in this film, which she co-starred in with several well-known Nollywood stars.

In the Tom Robson-directed film “Dear Dianne,” Sandra Okunzuwa played the role of Dianne. The movie was released in 2019. She appeared in the Ozioma B. Nwughala-directed film “Second Chance” in 2020, playing the lead character of Nurse Kamara.

In addition to being an actor, Sandra is also a businesswoman and the CEO of the beauty shops Swift Girls and Wig Excel, which sell synthetic human hair, attachments, and other cosmetics.

Sandra Okunzuwa is a humanitarian who established the Sandra Okunzuwa Foundation, an organization dedicated to helping the less fortunate members of society. They also established Ardnas & Sludge Limited, a business that provides entertainment services, with her sister, Sally Okunzuwa, in 2018.

The movies of Sandra Okunzuwa

Sandra Okunzuwa has been in a number of films with her talent and easygoing demeanor, and she always gives standout performances.

Several of her films include;

The Edo-born actress has received a few nominations and awards in honor of her efforts thus far, and she will undoubtedly soon add to her collection.

She was a nominee for the 2020 African Choice Awards and took home the prize for “Most Promising Actress Of The Year.”

Sandra’s net worth is thought to be around $400,000 based on her work and prior recognition. However, we were unable to obtain any verified information about her wealth.