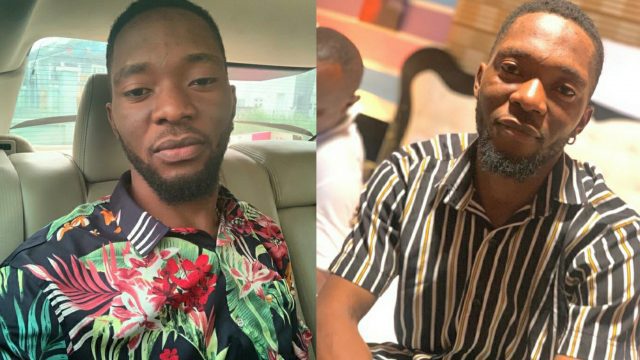 Yannick Davidson Annoh ( Born 29 May 1994 ) professionally addressed as Yannick Davidson , is a renowned Nigerian actor and model. Yannick Davidson is Cameroonian by Nationality, but his passion and love for Acting has made him to break the boundary making him a huge force in the Nigerian Movie industry, Nollywood.

His consistency and Sytle of acting hads also made him unique and different from his colleagues.

He was once Mr. Bilingualism 2010 At the Cameroon’s Protestant College . Yannick Davidson is one of the most handsome on-screen characters Cameroon has ever produced.

Yannick Davidson was born on Born 29 May 1994 in Bamenda, Cameroon. He is the son of Annoh Gabriel (Father) (demise) and Bridget Mbah ( Mother).

Yannick Davidson has four siblings, Three sisters and One brother.

The handsome man is 28 years of age. Yannick Davidson celebrates his birth on 29 May every year. His birth sign is Gemini.

He enrolled and Graduated At Cameroon Protestant College in Cameroon. He was Crowned Mr. Bilingualism 2010 and was Massive in some extra-curricular such as Dancing and Volleyball.

Yannick Davidson broke into the Nigerian entertainment industry in 2018 and has been featured in many blockbuster films. He made his film debut by playing the role of Azuka in the 2018 Nigerian drama ” Ages“.

Yannick Davidson also worked as a sale administrative officer at a mall.

He is at the present Single and his keeps his relationship life put of the eyes of the public.

Young and Handsome Yannick Davidson has some accolades to his ever growning brand. Which iclude;

After his debut in 2018 , he gained more fame and proceeded in acting numerous Nollywood movies.