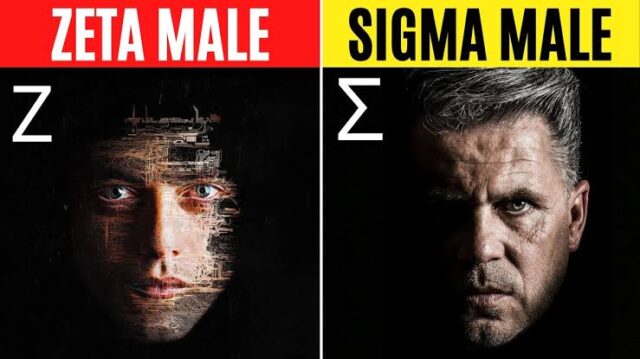 Zeta Males are the new type of men who do not play the ‘game’ but are societal rebels. The word “alpha male” has become a cliched pop culture buzz word. It really isn’t strange to anyone. The alpha male is the confident, strong male who is the head of the group. He is the one who calls the shots. The alpha male is mostly known as Yoruba demon.

Next is the beta male. The beta male can be seen as the opposite of the alpha male. He lacks charisma, charm, physical presence and confidence. This is the category of nice guys who usually get friend-zoned by beautiful ladies.

Next is the omega male, the least among the three. The omega male is not socially polished and isn’t presentable; he is a slob.
Well, it is natural to avoid such guys.

There happens to be a new category of men called the zeta male.
Bear in mind that the top three categories of men are classified based on the perception of women about them and societal expectations. Nonetheless, the zeta male is a rebel who doesn’t care about women and the society.

A zeta male is used to describe men who neglect traditional responsibilities that come with being a man, such as providing, defending, protecting, etc. This class of male rejects stereotypes, doesn’t conform to traditional beliefs, marches to the beat of his own drum, and refuses to be seduced and shamed by anyone.

The term “zeta male” appeared on the Internet for the first time in 2010. The appearance of the zeta male in the hierarchy of men has a lot more to do with what is known as Men Going Their Own Way.

The MGTOW is a movement of men who have separated themselves from societal standards and expectations of women. According to Urban Dictionary MGTOW “is a statement of self-ownership, where the modern man preserves and protects his own sovereignty above all else. It is the manifestation of one word: “No”. Ejecting silly preconceptions and cultural definitions of what a “man” is.”

This has led to controversies between an alpha female and zeta male. While an alpha female might find feminism interesting, the zeta male hates it.
Zeta was gotten from Zeta Persei, the third-brightest star in the constellation.

Zeta male is the fourth dimension of men. It will be interesting to see how long the zeta male will last in this era of social constructs. Grab your popcorn and watch.

What is a Prince Albert Piercing? Types, Cost, Kits

What Happened to Zion Clark? Everything you need to know

Why You Should Turn Off The Lights Before You Sleep

Meet Beatrice Thompson, a well-known prostitute in the United States.

Bible verses of the day: 50+ Powerful scriptures to start your day

How to bath without water in winter – Simple tricks for you