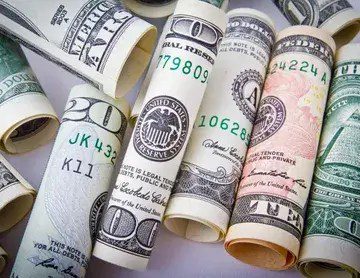 Having the knowledge about the Top 100 highest currency in the world is very crucial mostly when you’re a traveler or a studious person. Identifying the currency that is most valued in the world is not only for curiosity sake but for the knowledge that can be taken to your strategic decisions when dealing with different types of transactions from abroad.

Top 100 highest currency in the world

The stronger the currency in the countries you visit, the more expensive things will be. These valuations are based on the United States Dollar exchange rate and Eurozone Exchange rates against the Euro. Of course there are many other considerations when budgeting a trip, but it is important to be aware of the currency value of the country you are visiting.

The US dollar is the primary monetary reference for the world of business and tourism.Governments use the dollar to balance their import and export balances; investors buy USD to diversify their investments, among other applications that help strengthen the US dollar worldwide.

For the record, the US dollar has the largest foreign exchange reserve globally, which makes its currency “acceptable” anywhere in the world. Even with the local currency, many establishments and professionals offer to pay in dollars in some countries.

Issued by the Schweizerisches National Bank (SNB), the Swiss Franc is Switzerland and Liechtenstein’s official currency. It is considered one of the most stable and valued currencies globally, which is why we prepared this particular post on the subject.

The SNB is the Central Bank of Switzerland and has the exclusive right to press and issue the Swiss Franc and be responsible for taking care of the country’s economy. For this reason, the bank operates independently, which helps to protect it from political influences and maintain its national economic autonomy and security.

The Cayman Islands dollar, identified in the world quotations as KY and is approximately worth 1.20 USD. Its appreciation is associated with the Cayman Islands’ attractiveness for investors, banks, insurance companies, and investment funds as it is one of the best-known tax havens in the world.

Much is said about the tax haven nature of the Cayman Islands. In reality, this is because the income there is not taxed. But the fact that it is a tax haven does not mean that there is some free port for money. The country has already signed treaties, and, like many others, it acts intensely to prevent money laundering.

The first name for the conversion system between the currencies merged was the European Currency Unit (ECU). The nomination “euro” is attributed to the Belgian German Pirloit, who suggested it to Jacques Santer, and became official in 1995.

Based on ISO 4217, a standard created by the International Organization for Standardization to designate the coins in circulation, this currency’s code is EUR.The value of the new currency (the euro) was related to that of the ECU by resolving the Council of the European Union, 1998.

It came into force in January 1999, as if it were an invisible currency, in a non-material form (used for electronic payments, for example).

The Gibraltar Pound (GIP) is the sixth highest currency in the world. The GIP is the official currency of Gibraltar.

The Gibraltar Pound is the official currency of Gibraltar, a British Overseas Territory located on the south coast of Spain. The currency have some relationship with the British pound because of the sovereignty of the United Kingdom over the Territory.

Although the Gibraltar pound notes are denominated in pound sterling, but they are not legal tender anywhere in the United Kingdom.

The British Pound Sterling (GBP) is the fifth highest currency in the world. The GBP is the official currency of the United Kingdom.

If you’re planning on traveling to the UK, or London in particular, hotels can be extremely expensive. Be sure to look for deals ahead of time if you’re trying to stick to a budget.

The pound sterling is the oldest currency that is still in use today. It is also one of the strongest, with a value greater than the Euro and the US Dollar. Anyone who visits the country may feel that the kind of change is relatively high against other currencies.

Throughout history, the pound had played an essential role since it was the dominant currency during the British colonial empire, before World War II, a predominant role that the US dollar came to occupy back in the 1940s.

Jordan DinarThe Jordanian Dinar (JOD) is the fourth highest currency in the world. The JOD is the official currency of Jordan.

The Jordanian Dinar, or JOD, has an average price of 1.41 USD. The country has economic and strategic limitations on the international scene, but it still manages to remain among the world’s five most valued currencies for a long time.

The Middle East has a strong tipping culture that is part of everyday life, usually known as baksheesh. However, unlike Egypt, where wages are meagre, and the most impoverished locals use this money to supplement their income, Jordanians would not expect a reward for tasks such as offering instructions.

Oman RialThe Omani Rial (OMR) is the third highest currency in the world. The OMR is the official currency of Oman.

The price in 2020 of the Oman Rial is 2.60 USD, making it the third most valued currency in the financial market. The currency code is OMR.

The country, which is part of the Arabian Peninsula, has a well-developed economy, and the strength of its currency and its relationship with the US dollar is so relevant that the country needed to issue 1/4 and 1/2 Rial bills, that’s right, “Middle Rial,” to facilitate commercial transactions.

In Bahrain, as in the rest of the small kingdoms that in the middle of the 20th century were part of the British protectorate in the Gulf region, there was no legal tender. Many coins circulated, giving rise to a chaotic and ineffective system from an economic perspective.

The most important of this portfolio of currencies was the Gulf Rupee, widely accepted until creating the Bahrain dinar in 1965. The introduction of this currency gave the country the economic stability it needed for its development.

The Middle East is a land famous for its luxury and oil wealth, and here we see everything from astonishing palaces to private jets like the incredible private jet with the gold taps of the Sultan of Brunei.

Therefore, it is not surprising that the world’s most valuable currency is located in a Middle Eastern country: the Kuwaiti Dinar.Created in 1961, this currency has such a high value due to Kuwait’s substantial oil revenues.

While it is one of the world’s geographically smallest countries, Kuwait is the third most prosperous Arab country.

Top 100 Highest Currency in the World

This is a partial list of the highest currency in the world as of January 23, 2022. Be advised that currency rates fluctuate frequently so you should always check for yourself as well.

I’ve used XE for current foreign exchange rates. (This list is in the process of being updated.)