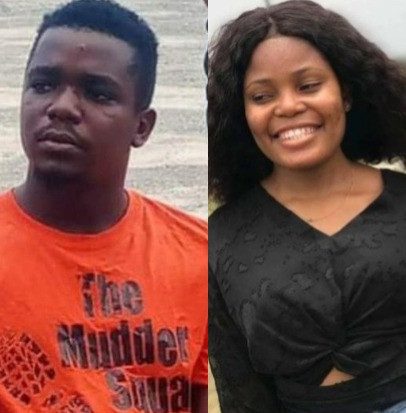 Who Is Frank Uduak Akpan?

Justice Bassey Nkanang of the Akwa Ibom State High Court today August 4 sentenced Uduak Akpan to death by hanging for the murder of Iniubong Umoren. Umoren, a graduate of Philosophy, University of Uyo, was killed in April 2021 by Akpan.

The deceased was job hunting while awaiting mobilization for the compulsory National Youth Service Corps (NYSC) scheme when she encountered Akpan who feigned he had a job for her. On getting to his apartment, Akpan raped her and then killed her.

During the trial, Akpan confessed to committing the crime. “I first used condom to have sex with Iniubong Umoren and later removed the condom because I did not enjoy the sex.She became infuriated and I reached out to a stabilizer and a box iron and used it to hit her abdominal part and started to bled.

I hit her again and she screamed. I used her jean trousers and strangled her and she became lifeless.”he said

While delivering judgment, the presiding judge said the prosecution has proved beyond doubt the case of rape and murder against Akpan and found him guilty. The judge, however, discharged and acquitted the father and sister of Mr Akpan, who were the 2nd and the 3rd defendants in the case.

After the judge read out the judgment, the convicted rapist attempted to escape from the courtroom but was overpowered by security officials.

Late Umoren went missing on April 29 2021, after she was lured out of her home in Uyo with a fake job interview by Uduak Akpan. Umoren had told her friend, Uduak Umoh, of the job interview. Uduak who raised alarm after failing to establish contact with Umoren said she heard her scream for help when she last spoke to her on the phone.

“She sent me a 1sec audio record on WhatsApp and I had to call her back to know if she wanted to say something to me but immediately I called her, I heard her screaming,” Ms Umoh had tweeted during the search for Umoren

Investigation by the police led to the recovery of late Umoren’s body in Akpan’s family compound on April 30, 2021, a day after she was raped and killed by Akpan.

Before her gruesome murder, Umoren was a fresh Philosophy graduate of the University of Uyo. She was waiting for her deployment for the mandatory National Youth Service Corp (NYSC) Programme before her life was cut short by Akpan.