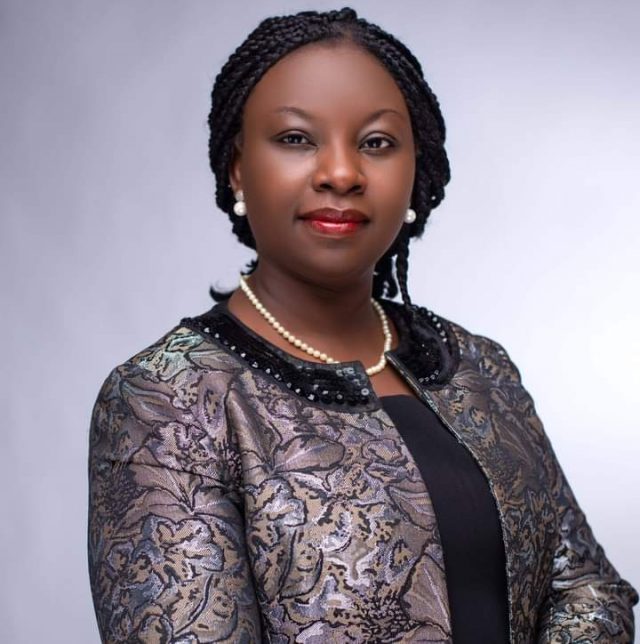 Reverend Dinna Osayi is a Minister at Remnant Christian Assembly, wife of Apostle Arome Osayi. She’s the co-founder of the ministry which has branches across Nigeria. This article contain details about Rev Dinna Osayi, her career, kids and more.

Rev Dinna Osayi is happily married to Apostle Arome Osayi. They got married on 18 October 2008. The happy couple is blessed with two kids – Joshua and Esther.

She tells a story of how Jesus rescued the life of a lady while they prayed. yy husband has taught us several spiritual lessons and we had no other option but to learn attentively. My husband stayed with us both as a ministry and as a family for about two years before he was transferred to Lagos to prosecute the demand of his job.

While he was with us, before the transfer, we enjoyed every minute we had with him. He prayed, taught and help us grow in God. We were happy having him around, until the day he was transferred.

When my husband was transferred to Lagos, several people who were coming to our ministry stopped coming because Apostle wasn’t around. We were always anticipating the day he would show up, but unfortunately for us, he doesn’t show up.

One day, they brought a lady whose life was taken by the devil for us to pray for her. I called my husband on phone and told him, he said ” I’m not there, but you are there. Look for someone that can pray very long, pray with her and focus on God, he’ll tell you what to do ”I was afraid.

When they brought the Dying Lady, Fear gripped me and I lost my courage. nevertheless, we started praying seriously. I’d open my eyes to check if there was a little manifestation but nothing was happening. We prayed till we were tired of praying and we rested as we were taught by our father; Apostle Arome Osayi.

While I prayed, my eyes opened in the Spirit and I saw an ocean with six ladies with wrappers on their chests. I also saw the Lord Jesus walked to those ladies and collected something from each of them.

Jesus walked to the dying lady and placed that, which he collected from those six ladies, on the lady. The lady rose up and joined us blasting in tongues Hallelujah!!!

Reverend Dinna Osayi and Apostle Arome are blessed with two children, A boy and a girl named Joshua and Esther.

Apostle Arome Osayi, the founder of Remnant Christian Network (RCN) together with his wife celebrates God’s goodness over their marriage today.

The couple got married on October 2008 and since then I can say God has been faithful as they are blessed with two children- Joshua and Esther. Apostle Arome who is known for preaching about the gospel of the kingdom and revival has been blessing lives by the grace of God.

Although, he had desired another entirely different thing until God called him, he had heeded God’s call and since then his life showed he has never regret it.

Who is Apostle Arome Osayi?

Apostle Arome Osayi, also known as Arome Osayi, is a Nigerian Christian book author, preacher of the word of God, and evangelist.

Apostle Arome Osayi founder of Remnant Chrisitan Network was born on December 2nd, 1977 and he originates from Kogi state. Speaking of Apostle Arome Osayi’s age, he is 43 years old as of 2020. He is the fifth(5th) child among seven children of late, Chief Paul Ameh Osayi.

Although Apostle Arome comes from a Christian family, he gave his life to Christ at the age of seven(7) when he attended a Sunday school class session in ECWA at 1 Makurdi barracks road.

Arome Started reading books written by Men of God he had cherished as a child, Apostle Arome had his university in one of Nigeria’s universities. There, he studied and obtained a Bachelor of Science degree in Chemistry.

He has both the First School Leaving Certificate and the West African Examination Certificate certifications in the bag—he has a university degree already. Apostle Arome Osayi Ministry

Remnant Christian Network (RCN) by Apostle Arome Osayi is one of the fastest-growing Christian church networks in Nigeria. Aside from having various branches in Nigeria, RCN is currently building a massive camp in Makurdi of 3,000 capacity.

Remnant Christian Network (RCN) ministry runs a hospital, TV Station, and hostel facilities for just Christians to come to pray to God. His members believe in him stating that his brand of the gospel is not as the conventional preaching because he teaches the word of God with much in-depth. Apostle

Apostle Arome Osayi is popularly known for preaching about the gospel of the kingdom and revival. According to him, he was interested in Chemistry before he was called to gospel ministration at the age of 13 after a revelation.

Arome Osayi during an interview said he saw in a revelation where he was taken to heaven and he stood on a mountain as he watched people going to hell then he was sent to do something about the situation of the people.

Apostle Osayi noted that his early Christian life was molded by the works of Watchman Nee (20th-century Chinese church leader and Christian teacher) and the messages of Benny Hinn. Considering his impactful preaching, Arome Osayi said he was oriented by Reverend Pita Momoh Edwards of Sanctuary of Mercy.