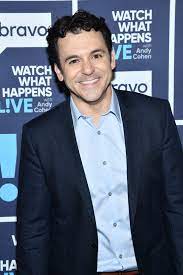 Fred Savage has been fired as the executive producer and director of ABC’s The Wonder Years while he battles allegations of misconduct, a spokesperson for 20th Television confirms with PEOPLE.

Deadline was first to bring the report but reps for Savage, 45, did not quickly respond to request for comment from PEOPLE.

Premiering in September, the movie series is a reboot of the original that aired from 1988 to 1993, and is produced by Disney Television Studios’ 20th Television.

The series, which started during the ’60s, are told from the perspective of a 12-year-old kid navigating life with family and friends. Savage played Kevin Arnold in the original, and Elisha “EJ” Williams stars in the reboot. The season finale of the remake is set to air on May 18. But currently, it has not been renewed for a second season.

The allegations are comin four years after actress Alley Mills, who played Savage’s mother Norma Arnold in the original series, claimed in 2018 that a sexual harassment lawsuit against the actor and Jason Hervey ended the show in 1993. Hervey portrayed Savage’s older brother Wayne Arnold.

Costume designer Monique Long sued the TV brothers in 1993, with a claim that their alleged verbal and physical harassment prevented her from properly doing her job and led to her being fired, per Vanity Fair. The lawsuit was ultimately settled and dropped.

In 2018, a judge dismissed a gender-based lawsuit against Savage from a costume designer, Youngjoo Hwang, who claimed he created a harsh environment on set of Fox’s The Grinder. Savage adamantly denied the claims, according to The Hollywood Reporter.